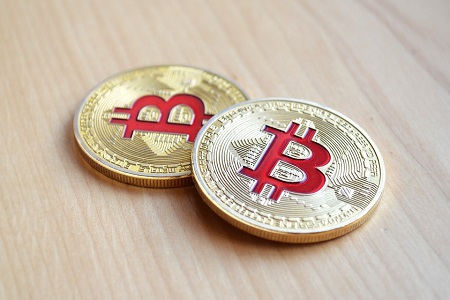 Bitcoin Crypto price predictions were in the news again today and this was an interesting insight given by independent crypto trend analyst Ronnie Moas.

WARNING: Crypto to reach $100,000 if it holds onto this KEY metric
BITCOIN’s prices fell dramatically amid a frenzied sell-off following news the Chinese Government and Lloyd’s bank would ban buying BTC with credit cards. But independent crypto trend analyst Ronnie Moas said bitcoin’s value could reach $100,000 if it maintains its current market share.

Expert Opinion: Bitcoin could reach $100,000 if it keeps market share

Bitcoin’s price fell below $6,000 for the first time in 2018 as China signalled it would block access to cryptocurrency trading markets.

China has a long tradition of blocking unwanted websites thanks to the so-called ‘Great Firewall of China’ and it seems this process could now extend to blockchain technologies in 2018. He said: “We have $230 trillion right now in the world tied up in stocks, cash, bonds and gold. All four of them are overvalued.

“If two percent of that $230 trillion finds its way into cryptocurrency, you would be looking at a $4 trillion market valuation thirteen times where we are today.

Bitcoin price warning: Ronnie Moas said bitcoin could reach $100,000 in the next couple of years
“It would put the bitcoin price at $100,000 a few years from now if it holds on to its current market share of 36 percent.”

For most, the year 2018 has been an absolute crypto-omnishambles after regulatory threats from South Korea, electricity use concerns in China, a $500m hack in Japan, a ban on Facebook, the “outright scam” at AriseBank and the price manipulation of tether.

Mr Moas however advised investors to diversify their crypto portfolios to avoid losses in case of a bitcoin “knock-off.”

It would put the bitcoin price at $100,000 a few years from now if it holds on to its current market share

“Look at what Amazon has done to the shopping malls. You do have to be diversified but I think bitcoin will remain at the top of the mountain and there is room for more than one cryptocurrency in that space.”

Bitcoin investments in 2018 could be set to bounce back as ahead of a meeting this week of the US Senate Banking Committee to discuss the regulation of cryptocurrencies in the country.